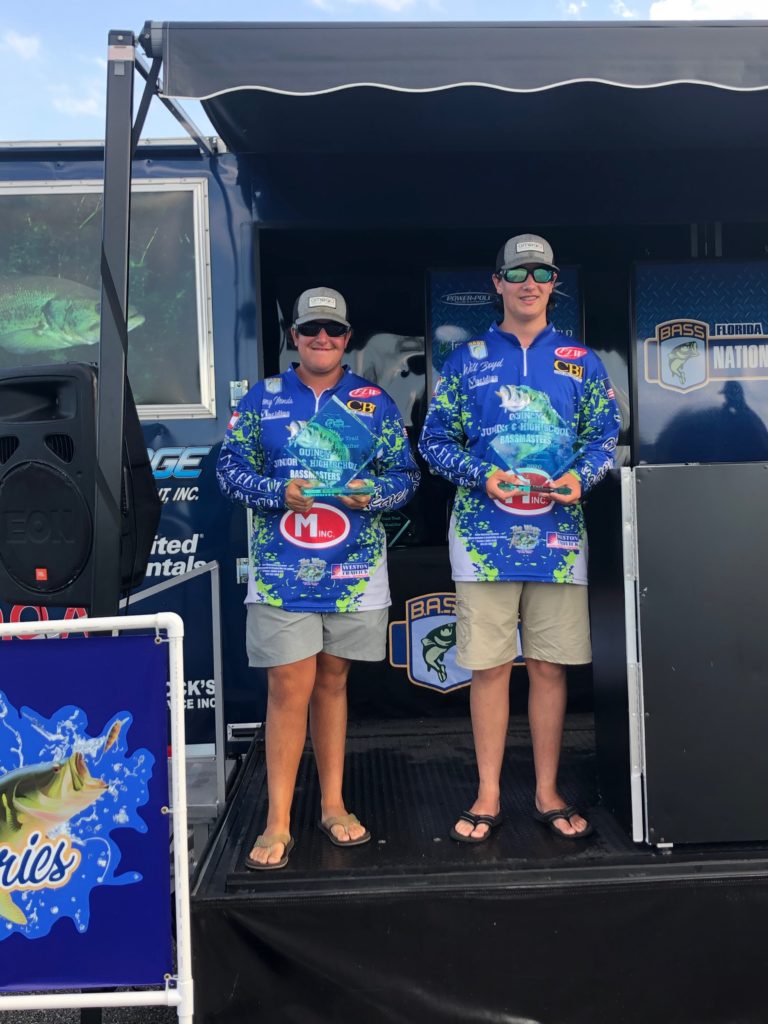 With COVID-19 and social distancing looming in the back of everyone’s mind, the 2019-2020 FBN Junior/High School Tournament Season came to an end and the anglers did not disappoint. With 105 junior/high school teams competing in the final tournament of the season, which also wrapped up the Spring State Trail, anglers gave it their all and weighed in some of the heaviest sacks so far this season. There was a total of 459 fish weighed amounting to 1,133 lbs.

At stake in the High School Division was the Spring State Trail Team Title and four births to the Mossy Oak Bassmaster High School Nationals sponsored by Academy Sports. In the Junior Division, teams were competing for the final Team of Year spot and an the opportunity to advance to the Bassmaster Junior Nationals. 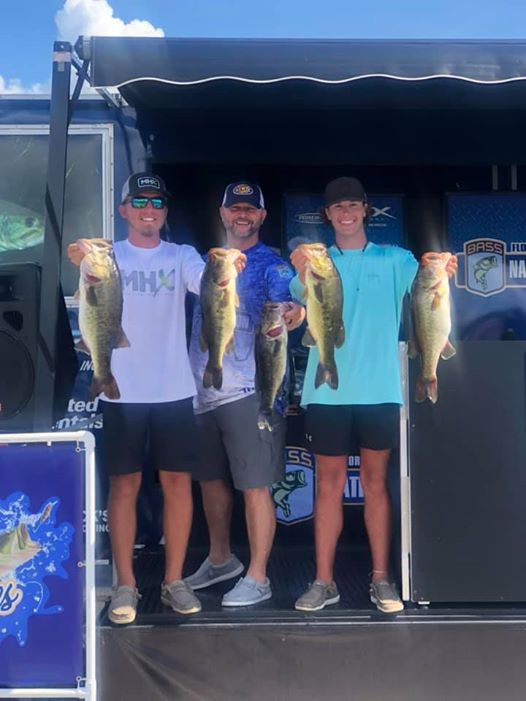 In the High School Division, teams needed 20 lbs or more to get in the top 5. To get one of the eleven scholar checks, teams needed 17.55 lbs or more. In the top spot and weighing in the heaviest sack of the weekend was the 863 Anglers of Highlands County, Garrett Thomas and Briar Napier. Their 5-fish limit weighed in at 25.04 lbs. They did not have the big bass of the tournament but they had the 5 lb average and that’s all it took to take the win. In second was the team from Central Florida Youth Anglers, Cooper Bishman and Cole Rountree with a 5-fish sack that weighed 22.54 lbs and was anchored by the Big Bass of the tournament that went 8.75 lbs. Behind them in third place was another team of Seniors from Strawberry Crest High School, Chase Hubble and Chase Givens, with a 5-fish limit that went 21.37 lbs. 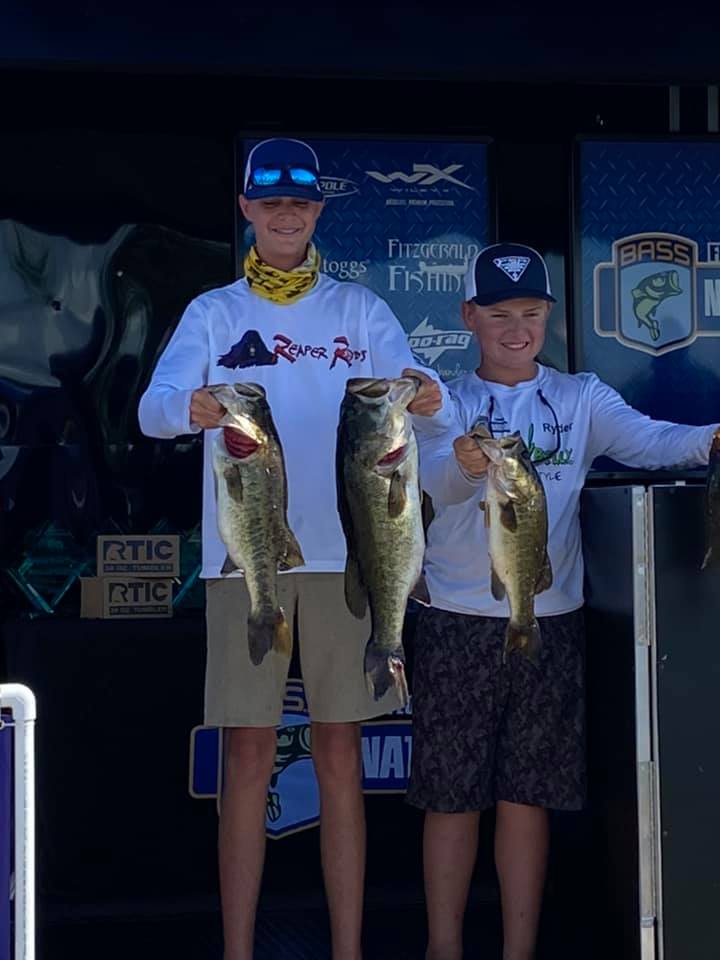 In the Junior Division, the Mayakka City Junior Bassmaster team of Ryder Krueger and Carson Yero weighed in a 5-fish limit that went 18.41 lbs. This included the Big Bass that weighed 7.28 lbs. Behind them was the LCS Viking Junior Anglers, Kyle Beasley and Trey Berry, with a 5-fish limit that weighed 16.43 lbs. Their sack also included a kicker fish that went 6.72 lbs. In third place was the Plant City Junior Bassmasters team of Chase Mobley and Hagen Keen with 5-fish that weighed 15.82 lbs.

At the end of the day, four high school teams qualified for nationals births and will compete at the Mossy Oak Bassmaster High School Nationals sponsored by Academy Sports. The team moving on to the National event include the Spring State Trail Champions, Will Boyd and Jeremy Monda of Quincy High School Bassmasters. Not only will the team be going to Nationals but they will also compete for a $1,000 scholarship check at the State Championship. Also qualifying for Nationals is the Okeechobee Brahmans team of Case and Latt Durrance. With them will be the team of Seth Slanker and Jackson Swisher of Columbia School. Both of these teams qualified for Nationals last year and get to go try their luck again. The last team making it to the Nationals from the region is Justin Lawrence and Grady Windham of Seminole Junior Anglers. 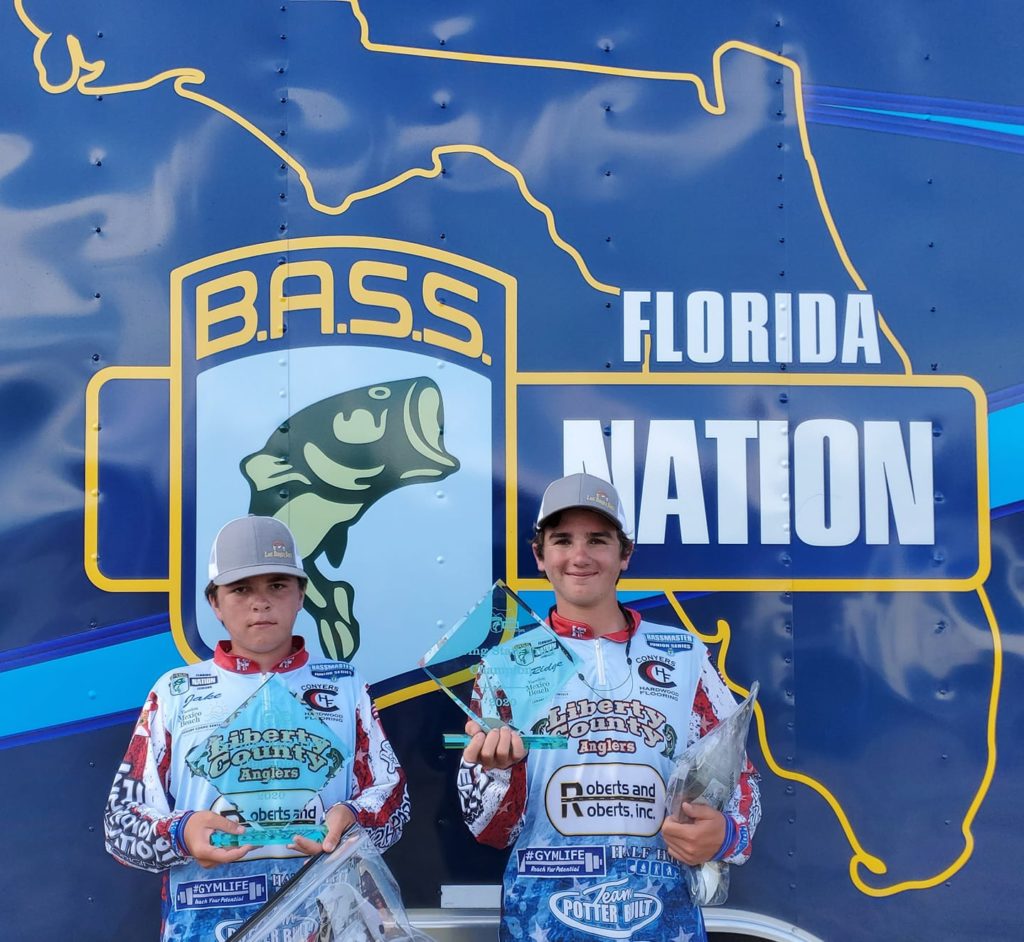 In the Junior Division, Jake Burns and Ridge Faircloth of Liberty County Junior Anglers won the Team of the Year Title for the Spring State Trail with their sixth place finish on Sunday. This gives the Liberty County Junior Anglers two competing for the Overall Team of the Year fish off at the State Championship and a chance to qualify for the Bassmasters Junior Nationals.

Congratulations to all of our anglers and thanks to everyone for coming out and support the FBN Junior/High School Program. Thanks to all the sponsors that supported the program this season.