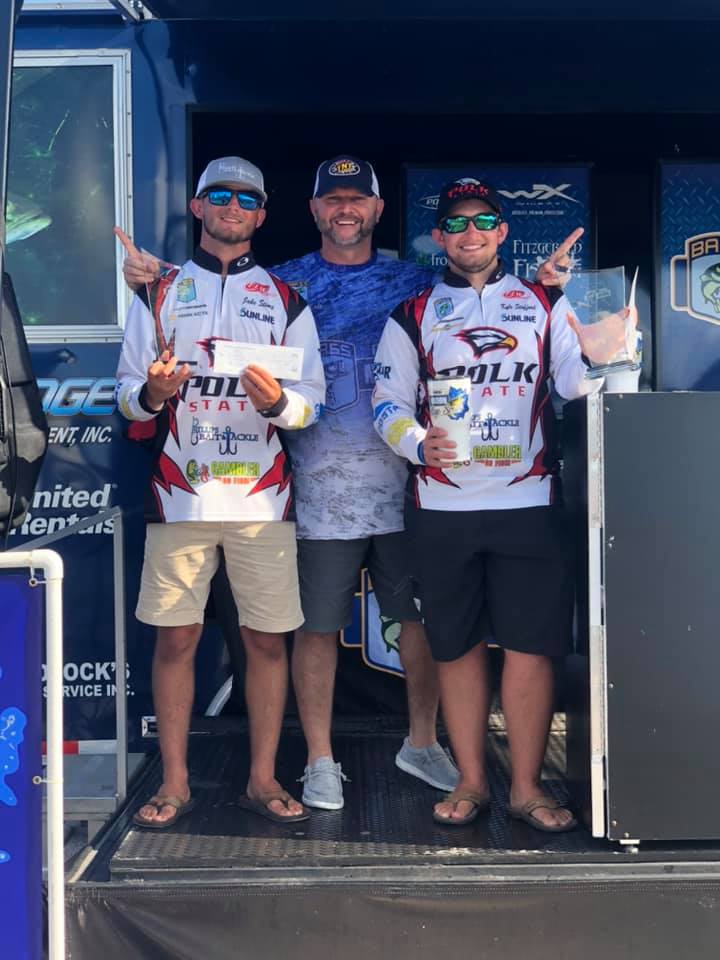 The FBN held its College Invitational 2-Day Tournament on the Kissimmee Chain of Lakes from Camp Mack, May 16-17, 2020. With one birth to The Carhartt Bassmaster College National Championship Presented by Bass Pro Shops on the line, 11-college teams competed in the tournament that represented schools from Abraham Baldwin Agricultural College, Florida State University, University of Central Florida, Polk State College, Liberty University, and University of South Florida. This was the largest college field to date for the FBN College Series and included several anglers that come up through the FBN Junior/High School Series in the past.

The tournament was held in conjunction with the Florida B.A.S.S. Nation’s final Junior/High School Qualifier of the year, which included over 100 junior and high school teams, making the fishing a little more challenging for the collegiate teams. Oh yeah, and there was a tropical system skirting up the eastern coast of Florida producing rain and winds during the day on Saturday creating even more chaos for the teams. After Day 1 of the tournament, the Liberty University team of Coleman Roberts and Michael Clark had a narrow lead with a 5-fish limit that weighed 17.75 lbs. Behind them was the Polk State College team of Kyle Stafford and Jake Stines with a 5-fish limit of 17.37 lbs. This sack included the Big Fish of Day 1 that weighed 6.84 lbs. Sitting in the third place spot was the team from the University of South Florida, Christian Greico and Casey Marsh with 5-fish that weighed 16.46 lbs.

All 11-teams weighed in fish on Day 1 for a total of 44 fish that weighed just over 107 lbs. Three of those fish weighed 5 lbs or more.

On Day-2 the teams were faced with better weather, with temps in the high 80’s and blue bird skies. All but one team weighed in a 5-fish limit. There were a total of 50-fish weighed on Day-2 for a total weight of 135 lbs. There were three fish that exceeded the 5 lb mark on Day 2, with the Big Fish of the day and the tournament weighing 7.06 lbs. This was caught by the team of Marshal Wiggins and Jackson Gill of the University of Central Florida. 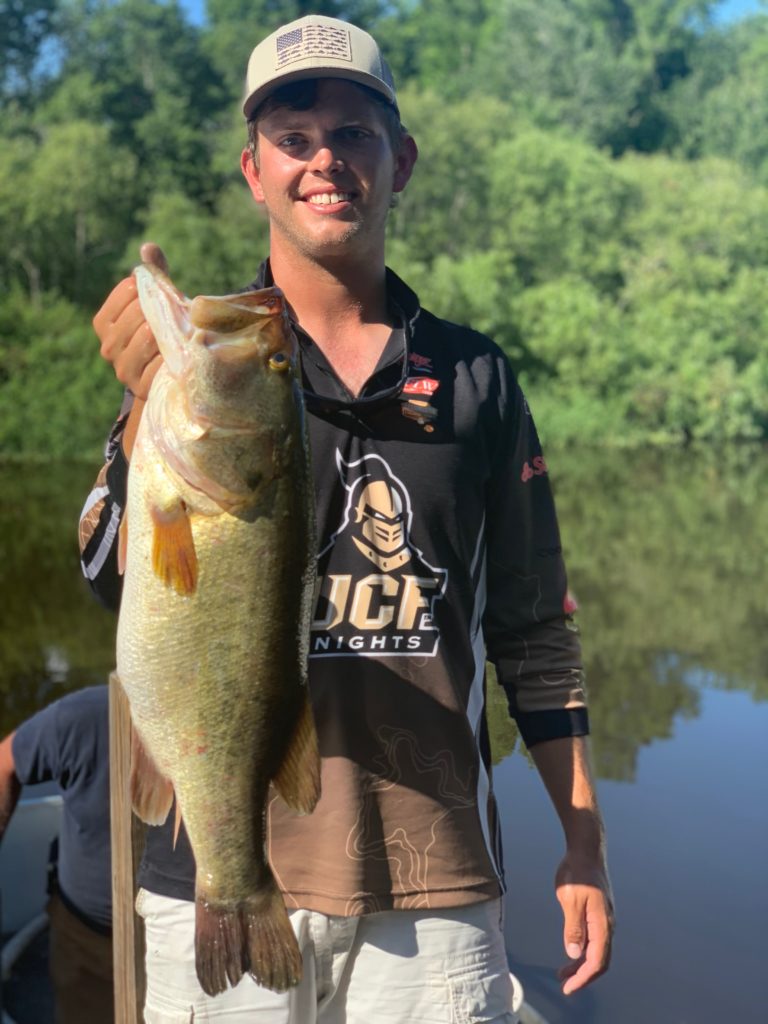 The heaviest sack of Day-2 and of the tournament was caught by Kyle Brewer and Trent Coleman of Polk State College and weighed 19.86 lbs. This was good enough to move the team up to third in the overall standings with a total weight of 32.54 lbs. Their Polk State College teammates, Kyle Stafford and Jake Stines was behind them on Day-2 with 19.74 lbs, and the team of Christian Greico and Casey Marsh of the University of South Florida had the third heaviest Day-2 weight with 17.54 lbs. This was good enough to move Greico and Marsh into the second place spot overall with 33.53 lbs, and giving the win to the Polk State College anglers of Stafford and Stines with an overall weight of 37.11 lbs. This is Kyle Staffords second FBN College Title in the last 3-years but first with partner Jakes Stines. With this win the anglers will compete in The Carhartt Bassmaster College National Championship Presented by Bass Pro Shops in late October. The location has not yet been determined but the team is looking forward to participating and representing Polk State College and the Florida B.A.S.S. Nation.

Congratulations to all of our anglers and thanks to everyone for coming out and supporting the FBN College Invitational Tournament.