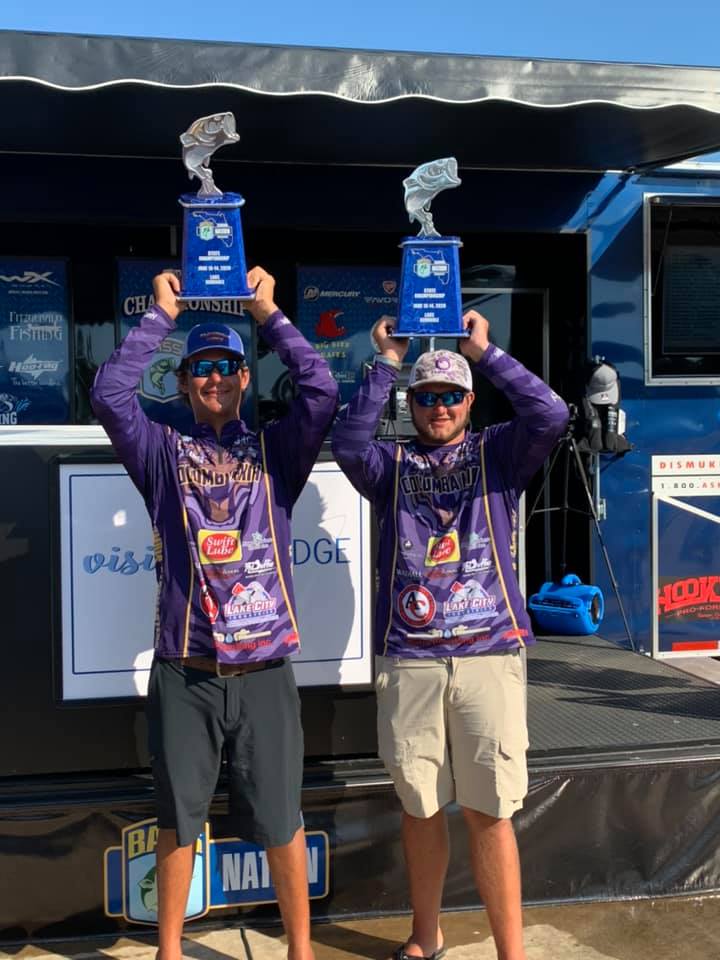 The Florida B.A.S.S. Nation High School Series came to a close this past weekend with nearly 100 High School teams from all over the state of Florida and South Georgia converging on Lake Seminole to compete in the 2020 High School State Championship Tournament. After Day 1 of the 2-day event, the local Bainbridge team from the Bainbridge Bass Cats, Gunner Thomas and Zack Griffin was sitting in first place with 17.82 lbs. This included a 5-fish limit with the largest weighing 6.35 lbs. In second place, the team of Ashton Smith and Jamie Roberts from West Volusia River Ratz also weighed in 5-fish with 17.71 lbs, and in third place was Ben Kuhn and Cole Merritt of Chiles High School Fishing Team with 5-fish that weighed 17.13 lbs. The weights were very tight after Day 1 with the difference in 1st and 10th spot being only 2.34 lbs apart. The biggest fish weighed on Day 1 was 6.42 lbs and it was caught by Chase Givens and Chase Hubble from Strawberry Crest High School. There were a total of 460 fish weighed on Day 1 totaling just over 1,000 lbs. 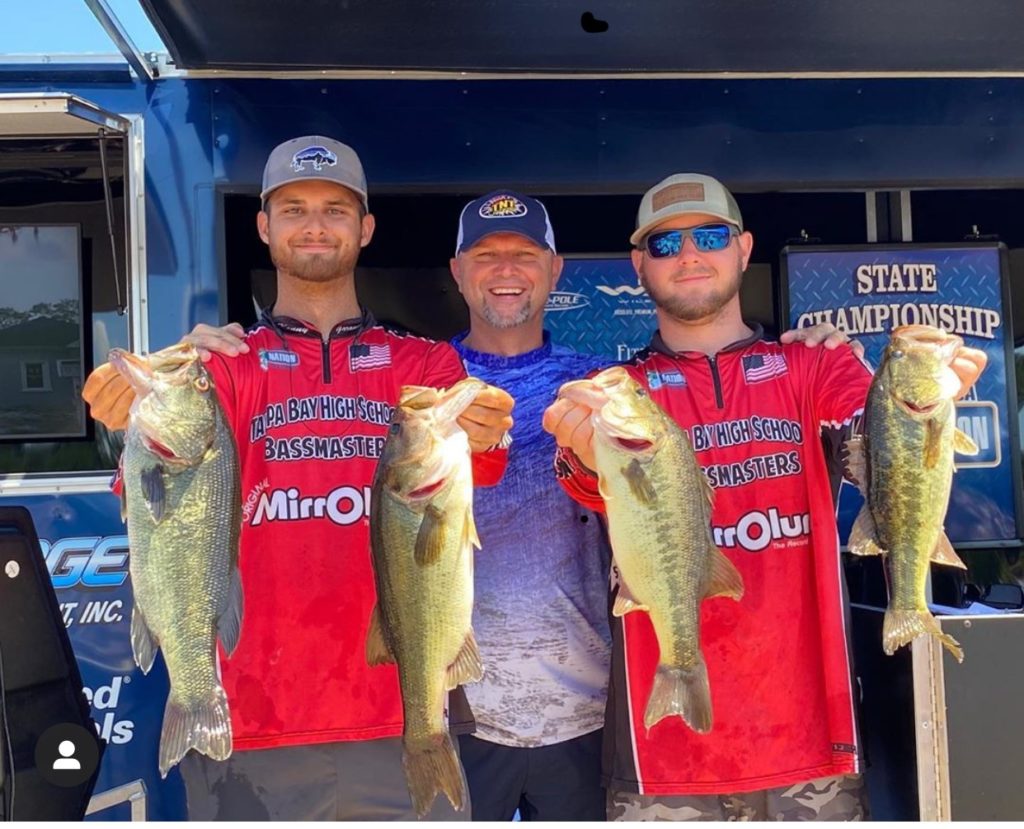 On Day 2, the heaviest sack was caught by Columbia High School Bassmaster’s Ty Jackson and Jessie Altman, and it consisted of 5-fish that weighed 24.12 lbs. This also happen to be the heaviest sack of the 2-day event. Ty and Jessie’s weight included a fish that weighed 5.62 lbs. Behind them was teammates and overall winners, Seth Slanker and Jackson Swisher, with 5-fish that weighed 19.08 lbs. In third place, was the team of Gage Sellars and Brock Lewis of the Bainbridge Bass Cats, with 5-fish that weighed 17.48 lbs. The big bass on Day 2 was 6.57 lbs and was caught by the team of Harley Collins and Isaac Polanco of LaBelle High Anglers. There was a total of 358 fish weighed on Day 2 totaling just over 770 lbs. 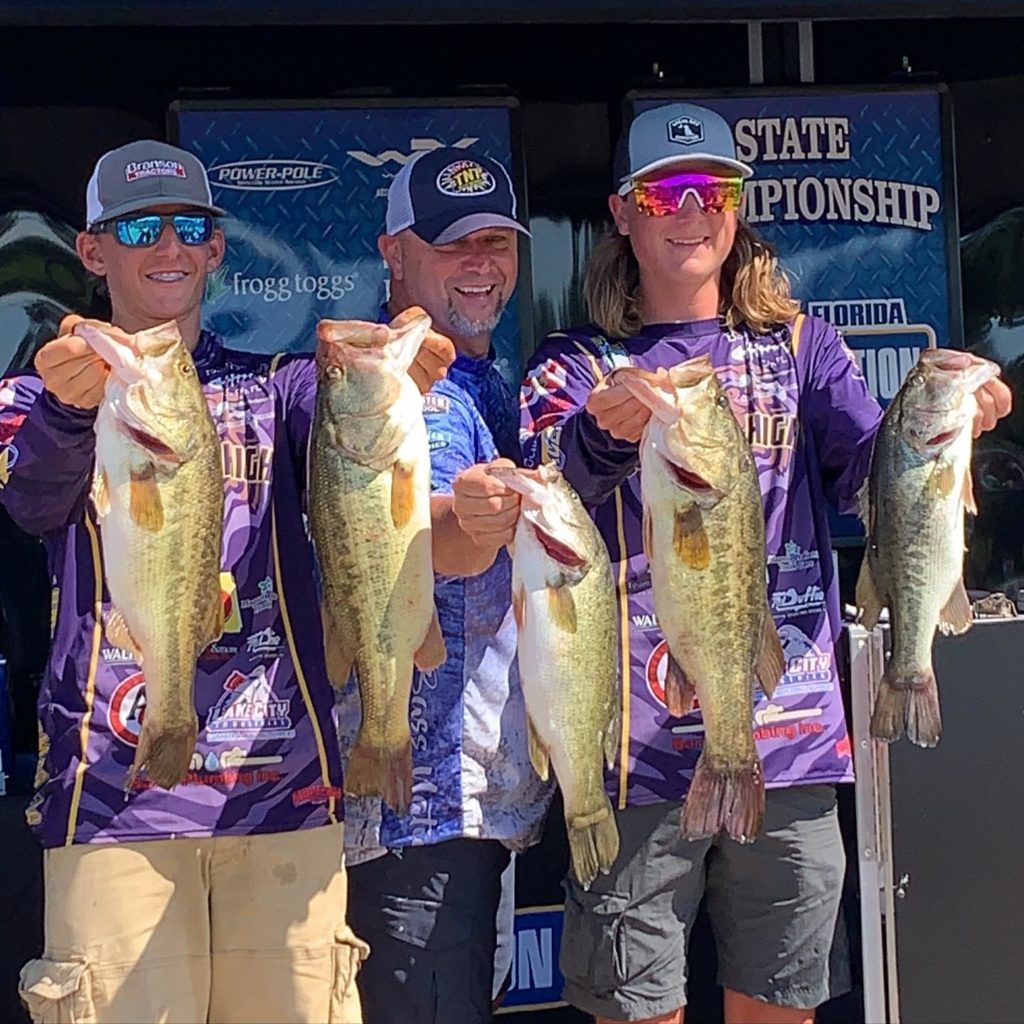 As previously mentioned, the team of Seth Slanker and Jackson Swisher of Columbia High School Bassmasters end up winning the tournament with a total weight of 33.93 lbs. The two senior anglers were in 12th place after Day 1 with 14.85 lbs and then added the Day-2 weight of 19.08 lbs to claim the title and $3,000 in scholarship funds. The win solidifies the two anglers High School career and adds another accomplishment to their resume, which includes back-to-back Top-12 Bassmaster All-American Finalist (2019-2020) for Jackson, and a 2020 All-American Finalist for Seth; four consecutive years qualifying for the Bassmaster High School Nationals (2017-2020), and several wins and big bass titles in the FBN High School Series over the last four years.

The team of Ty Jackson and Jessie Altman, also of Columbia High School Bassmasters, ended up second in the overall standings with 33.46 lbs. The team was 0.48 lbs short of taking the win but they still ended punching their ticket to the Bassmaster High School Nationals Tournament with the second place finish. Also punching their ticket to the Bassmaster High School Nationals was the team of Kenny Garand and Dylan Casazza of Tampa Bay Junior Bass Club High School team with 33.13 lbs. Kenny and Dylan was consistent weighing in 16.76 lbs on Day-1 and back that up with 16.62 lbs on Day-2 to claim the third place spot in the overall standings.

Congratulations to all of our anglers and thanks to everyone for coming out and supporting the FBN Junior/High School Program this season. Thanks to the City of Bainbridge and all the other sponsors that supported the program this season. Be sure to stay up to date and follow us on the following social media outlets.