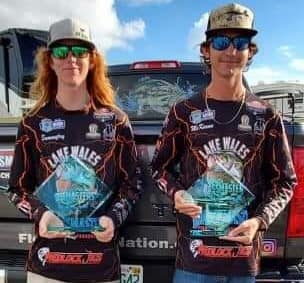 The FBN held the last qualifier of the Junior/High School South Region on Saturday, May 16, 2020 on the Kissimmee Chain of Lakes from Guy Harvey’s Camp Mack Resort after a 2-month hiatus due to Covid-19. With the South Regional Team of the Year honors, and four National births on the line, the anglers were excited to get back out on the water and compete for the top honors in the region. The one-day event included 110 junior and high school teams from all over the state of Florida and south Georgia. The anglers went out that morning knowing they were going faced with a windy day with a tropical storm skirting the east coast of the state and sporadic showers. At the end of the day, there were 449 fish weighed that went a little over a 1,000 lbs. The average weight per team of 8.71 lbs. The average fish weighed was 2.35 lbs. 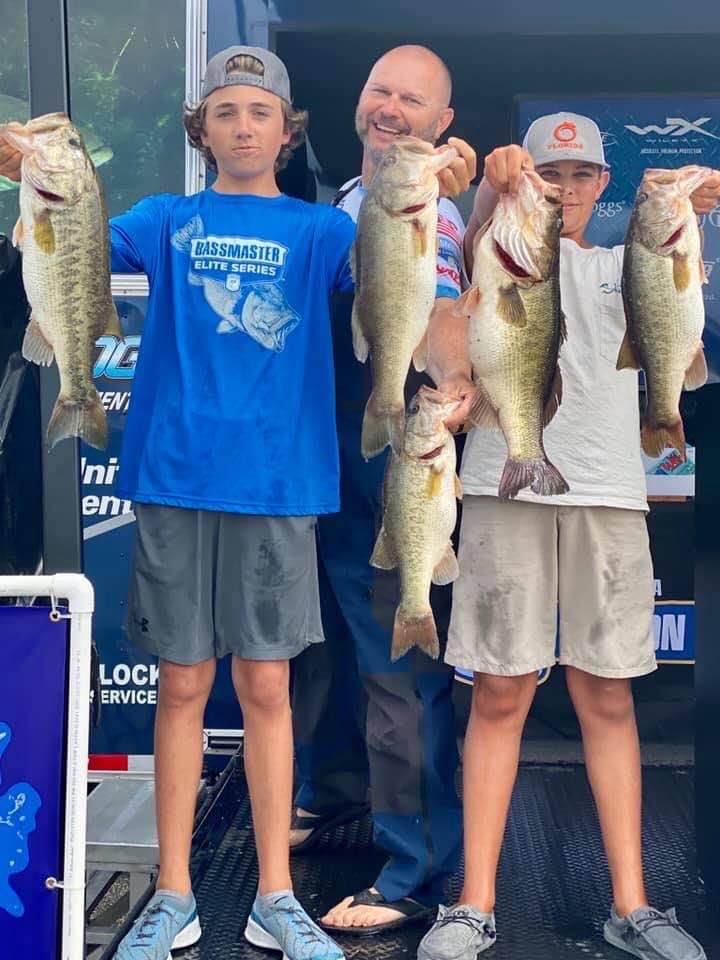 The team of Michael Teate, Jr and Evan Newell of Central Florida Youth Anglers Bass Club weighed in a mega-bag of bass that went 22.49 lbs. The five fish limit was anchored by a 6.49 lb fish, which was not the overall big bass of the day. The team said they were fishing scattered hydrilla in Lake Toho all day. In second, place was the team of Andrew Ready and Riley McPherson of George Jenkins High School with another mega-sack that weighed 20.91 lbs. This sack was anchor by a trophy catch fish that weighed 8.08 lbs and it was not the big fish of the day. Ready and Mcpherson said they were flipping on Kissimmee most of the day. In third, was the local team of Billy Campbell and Sammy Jay Acree of Lake Wales High School, which weigh in a third 5-fish mega-sack that went 20.53 lbs and included the big fish of the day and trophy catch for the High School Division that weighed 8.78 lbs. They too said they were flipping and throwing rattle traps. 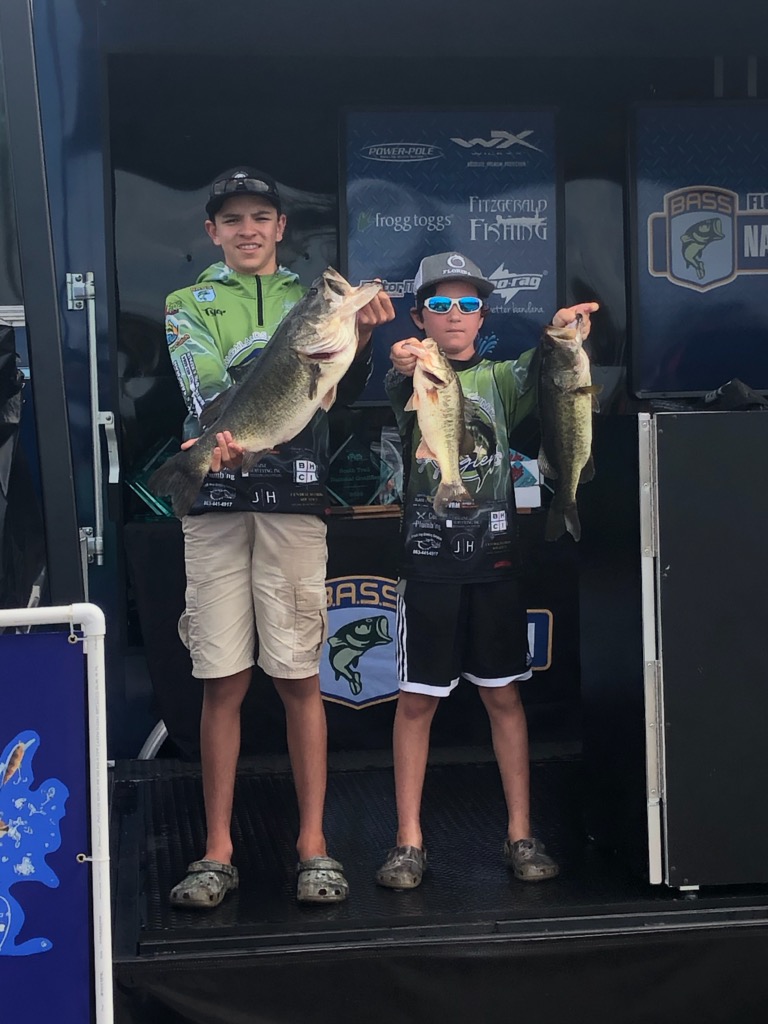 After the final fish was weighed, four high school teams stamped their ticket to the Mossy Oak Bassmaster High School Nationals sponsored by Academy Sports. The first team advancing to Nationals from the region and taking the Team of the Year honors was Billy Campbell and Sammy Jay Acree of Lake Wales High School. In second was the team of Briar Napier and Garrett Thomas of 863 Anglers of Highlands County; the third team going to Nationals was Trent Nelson and Wyatt Cannon of Okeechobee Brahmans; and the final team advancing to nationals was Blake and Logan Sparkman of Chiles High School Fishing Team. In the Junior Division, the team of Chase Mobley and Hagen Keen from Plant City Junior Bassmasters held on to win the South Region Junior Team of the Year and will compete against for other teams during the FBN Junior State Championship Tournament for one a chance to advance to the Bassmaster Junior National Tournament.

Congratulations to all of our anglers and thanks to everyone for coming out and support the FBN Junior/High School Program.