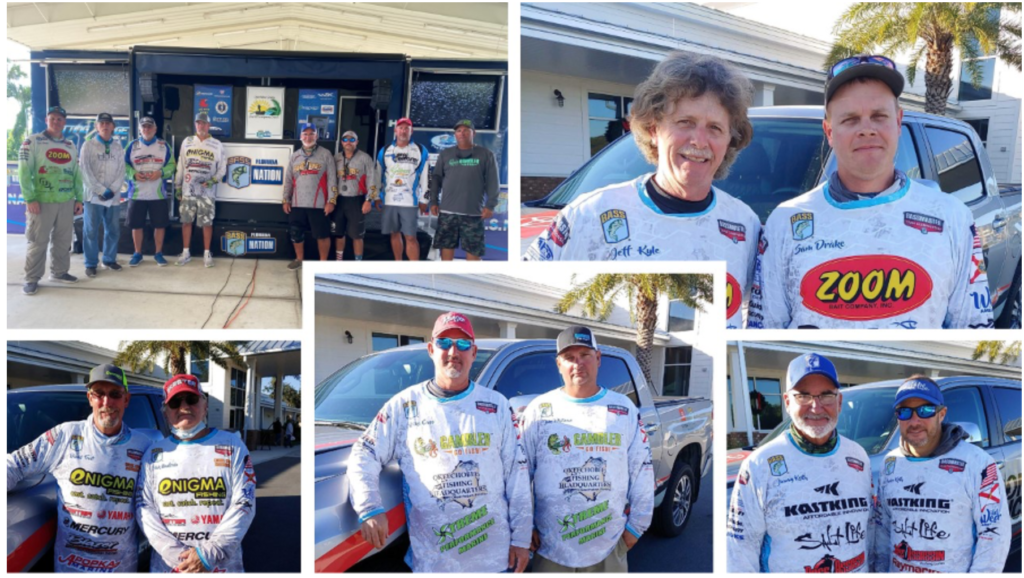 This week’s Bassmaster Team Championship being held here in Central Florida on the Harris Chain of Lakes is exciting, but to have five teams from Florida participating is extra special. Four of the five teams qualified through the Florida B.A.S.S. Nation Team Trail Series and the other qualified through Lakeland Bassmasters, an affiliated club of the Florida B.A.S.S. Nation.

The Florida B.A.S.S. Nation Teams competing this week qualified through the Team Series Trail and then had to finish in the top four of the FBN Team Championship, which was held this past September on Lake Okeechobee from Okeechobee City.

The top 4-teams that advanced and will be competing this week representing the Florida B.A.S.S. Nation, include the following:

Also competing this week and representing the state of Florida is Jayson Hooven and Matt Keeble (not pictured) of Lakeland Bassmasters. These guys won Lakeland’s Team of the Year Trail and a ticket to the Bassmaster Team Championship.

Congratulations to all five teams and best of luck.

For more information about the Bassmaster Team Championship being held this week, go to Bassmaster.com. The tournament is a 4-day event with nearly 140-teams from all over the country competing. After the first 2-days of the tournament a Team Champion will be crowned and take home the title of the team Championship. The final 2-days will only include the top 3-teams (6-anglers) competing against one another in a fish off. The angler with the heaviest weight over 2-days will be earn an opportunity to compete in the 2021 Bassmaster Classic being held in Fort Worth, TX.