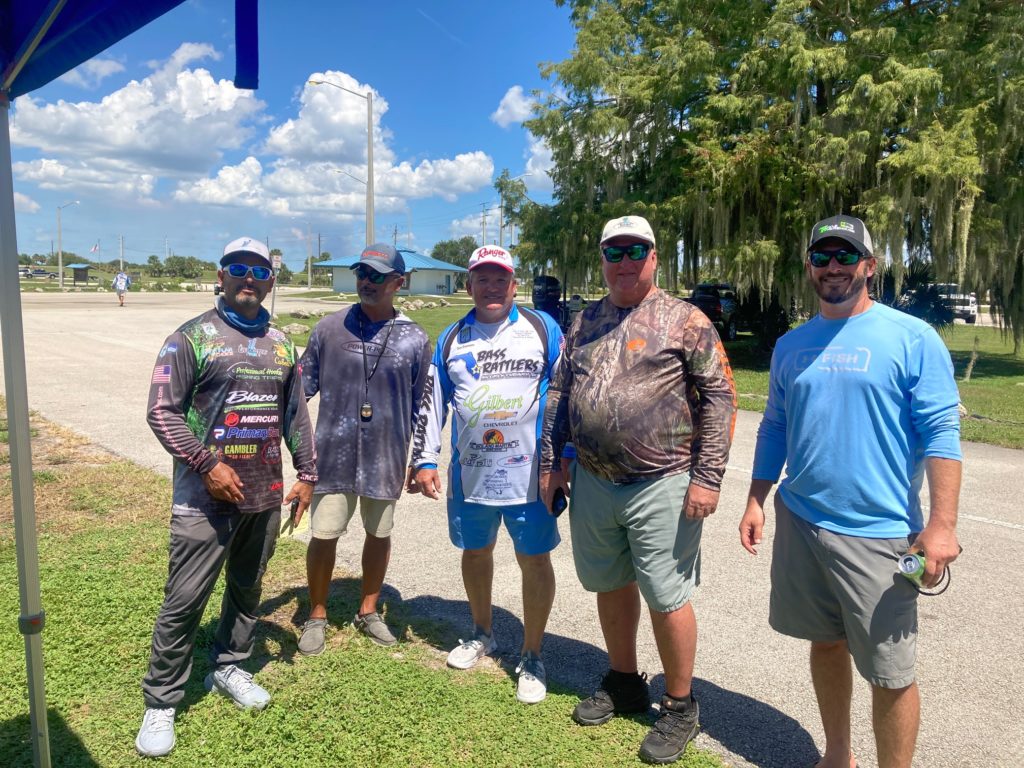 To say it was a tough day on the Lake would be an understatement. Temperatures soared over 100 through the day. Fishing was a real grind with only seven (7) competitors bringing a five (5) fish limit to the scales, yet only two (2) competitors zeroed. There were thirteen (13) Anglers and nine (90 Co-Anglers competing bringing a total of sixty-five (65) bass to the scale totaling one hundred thirty thee point thirty-five (133.35) pounds to the scale averaging two point zero five (2.05) pounds per bass. Out of the sixty-five (65) brought to the scale, sixty-four (64) were released alive. A big thanks to everyone that helped at the weigh in. The top finishers and big bass are listed below.

Also, congratulations to the South Region Angler of the Year in both the Angler and Co-Angler divisions, Chris Grayson (Angler) and Chad Cox (Co-Angler). It’s quite an accomplishment staying consistent against the competition we have at every tournament. With this achievement you will receive an automatic entry into the State Championship Tournament in October on the St. Johns River out of Palatka. You will also only have to compete against the other regions AOY recipients to make the State Team. I look forward to seeing you both as well as everyone from the South Region that qualified to fish the State Championship Tournament.

Please note, the point totals are for the best three (3) out of four (4) qualifying tournaments.