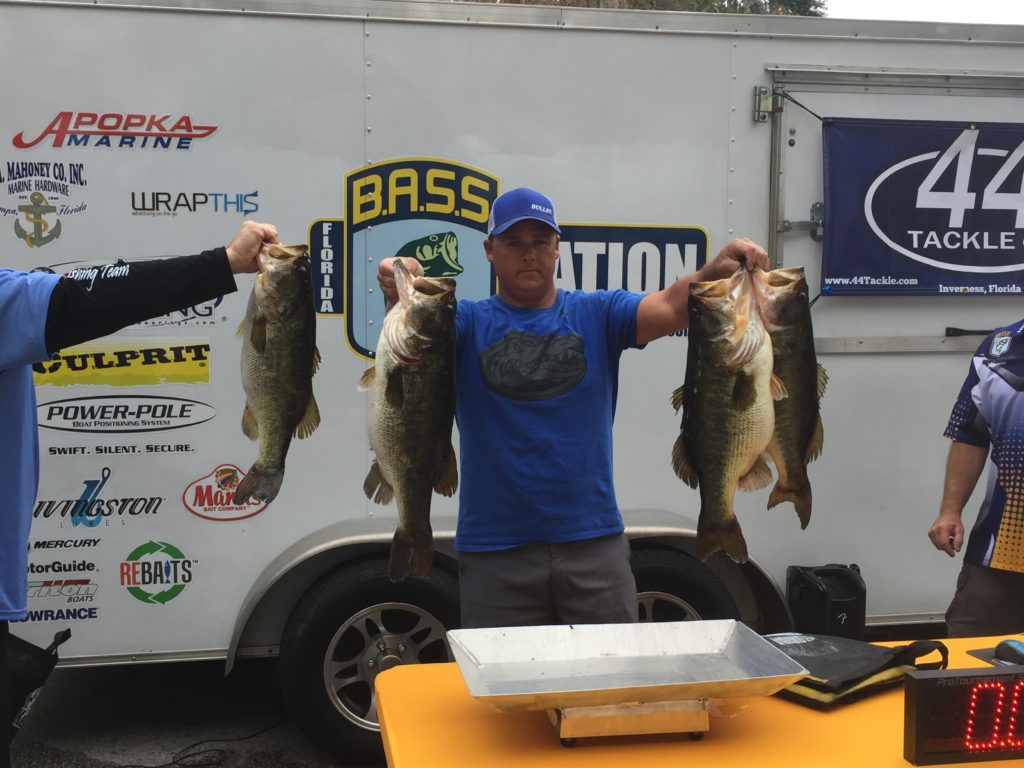 The first FBN Central Region Pro/Am Qualifier of the 2018 tournament season turns out to be a HAWG HUNT. With 97-anglers (66-boaters/31-co-anglers) participating in the event, this was the largest single day qualifier hosted by the FBN Central Region. Anglers traveled from all over the state to participate in the event and a lot of fish were weighed-in with an average weight per participant being 6.63 lbs. There were at least 12 fish weighed-in that were over 5 lbs and of those there were three over 8 lbs and qualified for Florida’s Trophy Catch Program. In the end though, no one could match the angler from Bassmasters of Gator Country, Lee Stalvey, Jr’s 5-fish weight of 32.94 lbs. Lee also had the big fish in the Boater’s Division with 9.15 lbs. The next closest weight was caught by Lake County Bassmasters angler David Fritz, which also had an impressive sack of 5-fish that went 26.89 lbs. Rounding out the top 3 in the Boater’s Division was Mark Malys, also of Lake County Bassmasters with 5-fish that went 20.81 lbs.